Whittier High Schools Alumni are the heart and soul of who WHSAAEF are and what our mission is.

For 120 years students have passed through the halls of WHS who have taken their education and gone out into the world to make it a better place.  As moms, as dads, scientists and writers.  They work in construction, they’re teachers, bankers and IT professionals.  Some have stayed close to home and others have pursued the paths less traveled, but they all have brought their own gifts to the communities they live in and brought honor to the Red and White.

These pages highlight just a few of our esteemed graduates and their stories. 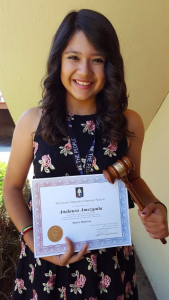 I knew spending my summer at Stanford was going to be good. I knew that I was going to learn a lot and meet interesting people. However, I don’t think I realized how thankful and blessed I was going to feel until I actually went there, and it is all because of you. Because you all listened to the call of a student and decided that for some reason, I was worthy enough to receive your help. I was going through a really hard time in my life sophomore year (details I would like to spare), and because I went to Stanford, I feel like a new person, ready to face the world.

The people I met from all over the world inspired me immensely. I met the most fun people from Spain, a rather unique person from Sudan, a boy with the dream of becoming the president of the Philippines when he is older (trust me when I say he will make it), some civically engaged Texans, the brightest and most driven people from Washington, very enthusiastic and happy New Yorkers, islanders who would never fail to have smiles on their faces, some very great people from California, and many others who have changed my life for the better.

Thanks to the Alumni from Whittier High School, I was able to meet all of these wonderful people, and made memories I will cherish forever. Because of you, I have learned a lot about the person I want to become and the life I want to live. The JSA Summer course at Stanford made me realize that you always have to speak up and stand up for what you believe in, even if you are alone. I also realized that you always have to work hard when you want things to get done, and that it is in our hands to choose the type of world we want to live in.

Story About My Summer

To the Whittier High School Alumni, 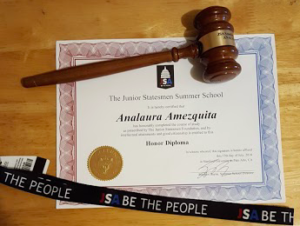 In the JSA Program, I gained new confidence in myself and did things I’d never thought I’d do. I delivered a Main Speech defending the DREAM Act, became the permanent moderator for my section (and received a gavel because of it), performed in the talent show, wrote a 12-page research paper, decided that reading CNN Articles was actually really cool, and many other things that helped me grow as an individual.

I want to thank you once again, because thanks to your donation, I realize that the world is not as dark and scary as it may seem, and that there is hope for the future of America.

With much respect and appreciation, 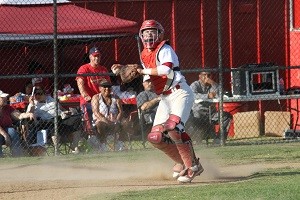 Once a Cardinal, always a Cardinal. At least that’s the case for Stephen Zavala, a 2011 Whittier High School graduate who was recently selected by the St. Louis Cardinals in the 37th round of the Major League Baseball Draft.

“It is tough to leave home. Whittier is where I have played and gone to school my entire life,” Zavala said. “I look forward to once again wearing Cardinal red in honor of all the teachers who inspired and supported me. To truly be successful you must embrace your family and the community around you. Thank you to Whittier High for showing me the way.”

Zavala began playing baseball when he was 8 years old, combining his natural talent with a studious approach that enabled him to advance quickly. After spending his freshman year on the Whittier High junior varsity squad, Zavala became the starting varsity catcher for the next three seasons, batting .365 while developing a reputation as a strong-armed backstop.

His success was not confined to the baseball diamond. Academically, he stood out as well, graduating with a 4.2 GPA. He was selected as one of the Cardinal 75 – an honor bestowed upon the top students at Whittier High – for four years straight. Zavala was also a member of the Whittier High Senators club, a campus organization that helps incoming freshmen make the transition from middle to high school.

“Stephen was an outstanding catcher and a stellar student,” Principal Lori Eshilian said. “He was the best player on the team, yet conducted himself with respect and quiet leadership. A Whittier High Cardinal on a Cardinal team – we couldn’t be happier for Stephen and his family.”

After graduating from Whittier High, Zavala spent four years as a standout player for Whittier College, a member of the Southern California Intercollegiate Athletic Conference (SCIAC), batting over .300 each season. An exceptional fielder, Zavala committed no errors behind the plate during his senior year, throwing out nearly 40 percent of runners trying to steal second base.

Zavala was the only player from the SCIAC to be drafted by an MLB team this year.

“The Whittier Union High School District is dedicated to instilling in our students a well-rounded educational experience, and Stephen is a great example of the many successes our students have gone on to achieve after graduating from our campuses,” Superintendent Sandra Thorstenson said. “His commitment has produced an extraordinary level of achievement that resonates throughout the District. We wish Stephen continued success.” 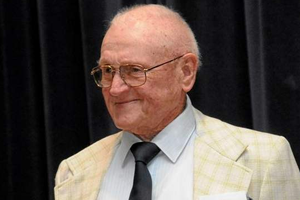 Former coach and teacher Donald Wade Kelly, fondly known as “The Voice of the Cardinals,” died July 13 2014. He was 86.

In order to raise the more than $350,000 to refinish and reupholster the 2,400 seats in the Auditorium, a seat sponsorship program is being launched by the Alumni Association.